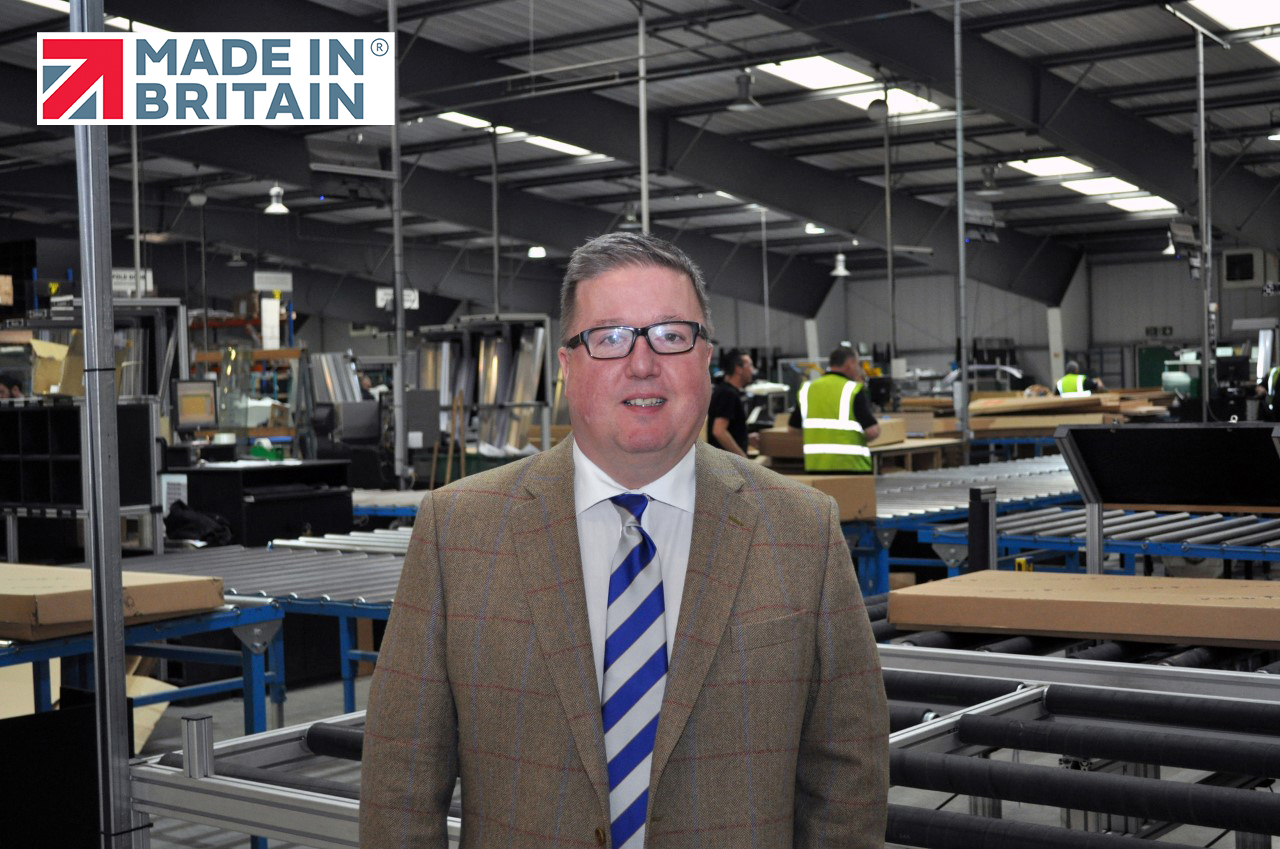 After six-year tenure on the board of Made in Britain, the CEO of County Durham-based luxury showering solutions manufacturer, Roman, will make way for a new appointment.

David Osborne has completed two consecutive three-year Board terms as a non-executive director of Made in Britain, playing a crucial role in the governance and evolution of the organisation into an influential trade association of close to 2,000 members across dozens of manufacturing sectors.

Joining what was then a fledgling group of a few hundred manufacturing members in the spring of 2016, Osborne and his pioneering team of design professionals and marketers recognised the need in British manufacturing for a unique, designed identity mark that would help glue the many thousands of successful makers in the UK together – officially.

Made in Britain helps a huge variety of British manufacturers sell more in the UK and abroad with the use of the official Made in Britain mark. It was David Osborne who seized the opportunity to use the famous ‘red arrow’ design device of the collective mark, pointing customers to quality products made by responsible manufacturers.

Osborne’s marketing team have long embraced the mark for its versatility, prominence, and the unique fit-for-purpose design. Sue Peacock, Designer at Roman said: “I often wonder if we use the mark more than any other of the 1900 businesses that are members. As everything Roman sells is made here at our factory in Newton Aycliffe, we make sure everyone who comes into contact with our business knows  we are a member and sees the mark prominently as a sign of British provenance and quality on the products we make.”

David Osborne, CEO, Roman said: “The Made in Britain mark just makes great business sense. The more you embed it into your business, the more you benefit from the recognition, the collaboration with people making other kinds of products and the trust that comes from the transparent way the organisation is run. The modern sustainable future of British manufacturing looks a lot brighter now we have nearly 2000 firms across every county, proudly displaying the mark on products and within their corporate communications.”

Chris Harrop OBE, Chairman of Made in Britain said: “David is a pioneer with Roman and has been ground-breaking at Made in Britain on the board of directors, serving for two, three-year terms back to back as a volunteer and helping to create the very foundations on which we are built as a licence mark. As chair I have presided over many constructive debates on a long list of questions and challenges for the organisation. David always brings his upbeat, informed and positive outlook for the benefit of every member of Made in Britain as we have grown.”

Search the MadeinBritain.org/news web page for more news and updates about Roman.

made in britain
Blog Home