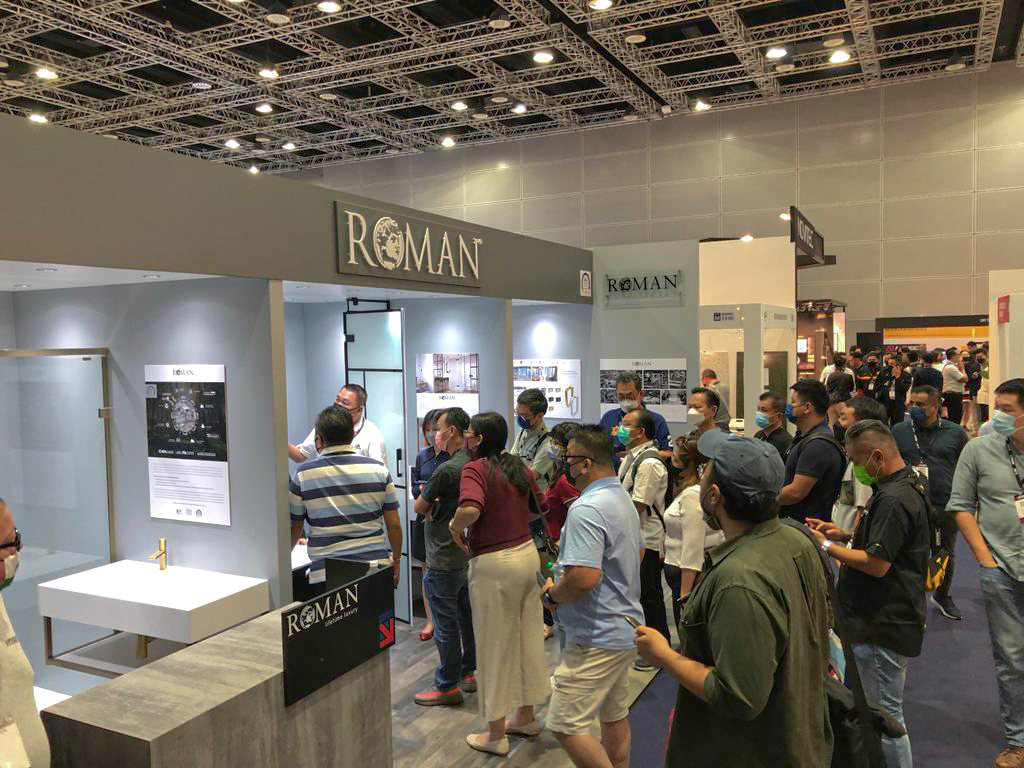 On 29th June to 2nd July, Roman exhibited at South East Asia’s leading trade event, Archidex. The Archidex exhibition is based in Kuala Lumpur and is aimed at Architects, Interior Designers, Major Developers and Hotel Groups.

It was Roman’s first time exhibiting at Archidex, the building industry’s premier event and it was an extremely busy four days with a huge attendance of major visitors from across South East Asia. Roman’s stand was bustling and they received a significant amount of enquiries and interest from key customers; current and new, making it a resounding success for Roman.

Roman Ltd has a subsidiary in Kuala Lumpur for the Asia Pacific market and is active across the region, making Archidex a key show in Roman’s event calendar. Roman’s showcase at Archidex reinforces Roman’s Asia Pacific sales team and A&D showroom, that they share with Cosentino in Kuala Lumpur.

Roman’s exhibition stand at the Archidex Exhibition displayed a collection of their unrivalled bespoke capabilities for the bathroom, including shower enclosures, solid surface shower trays, bathroom structure, vanity tops, basins and drawer units – all seamlessly linked up to eliminate sealing and cleaning problems between the enclosure and basin.

David Osborne, Chief Executive Officer at Roman Ltd, commented: “Having waited three years to exhibit at Archidex, it was marvellous to travel that far and to see the stand so busy on all four days. A great platform for our Asia Pacific hub to move on to the next level.”