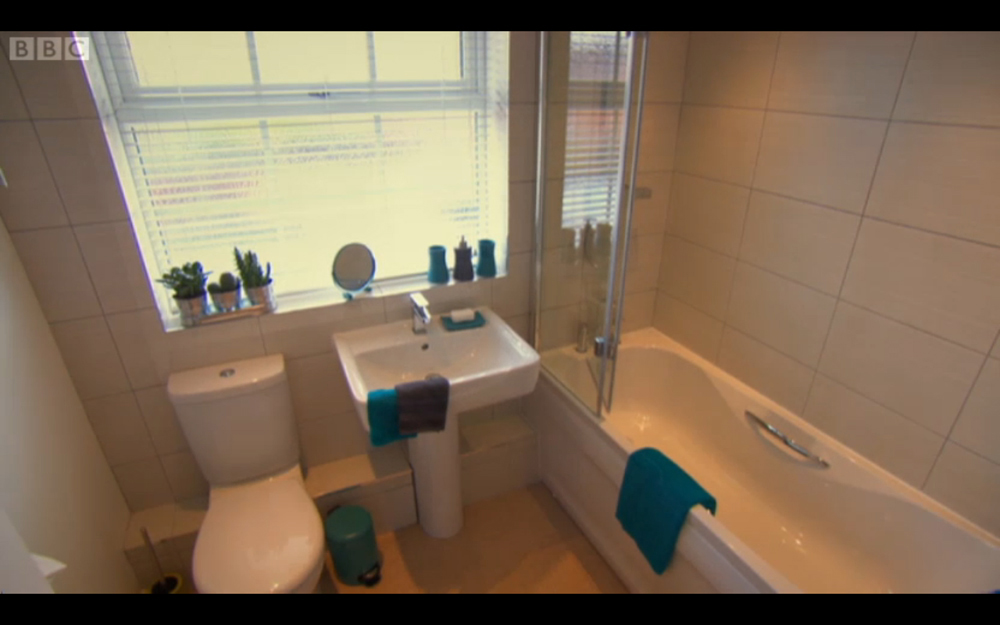 If you follow this blog, the Roman Twitter account or ‘Like’ us on Facebook, you may already know that we appeared in the final episode in the latest series of DIY SOS the Big Build. This was aired on 3rd January. In case you missed it here’s a quick rundown of how we helped out…

The family featured in the episode had suddenly increased in size, when the mum, Julie, adopted her best friends’ children after her death. This saw her family grow from 4 up to 9 family members. Her house simply could not cope. One of the issues mentioned by both homeowner Julie and presenter Nick Knowles, was that the family were all sharing one bathroom! 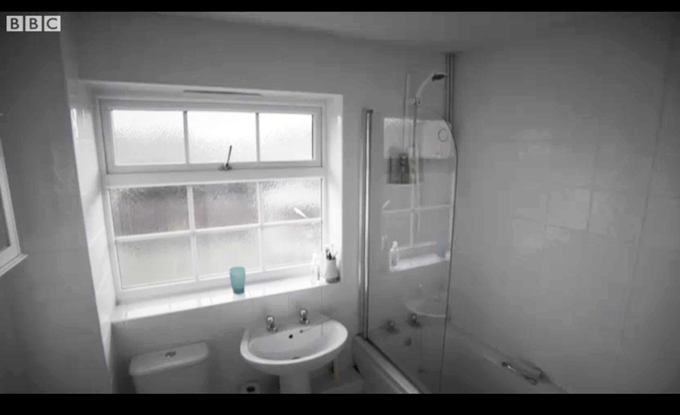 “We’ve got one bathroom and that’s a nightmare” Julie

“Another bathroom would be handy wouldn’t it? Ease the queue.” Nick Knowles

The team set to work planning a massive extension, which would see the main family bathroom being transformed, along with two additional shower rooms being added. These were to be squeezed into tiny spaces, so space saving showering products were key.

Our Orbital Bi-fold Door was the ideal choice for the two new shower-rooms, as they are available in a tiny 760 x 760mm footprint and offer an inward opening door, that doesn’t project out into the bathroom. We also supplied the shower trays to suit.

For the main family bathroom designer, Gabrielle, wanted to keep the bath and install a shower positioned over it. Our Orbital Bath Screenwas a perfect fit as it folds away neatly when not in use and is also power-shower approved.

We also supplied one of our stylish shower heads, which will not only look great, but is also water efficient so will help save money on the family’s bills. 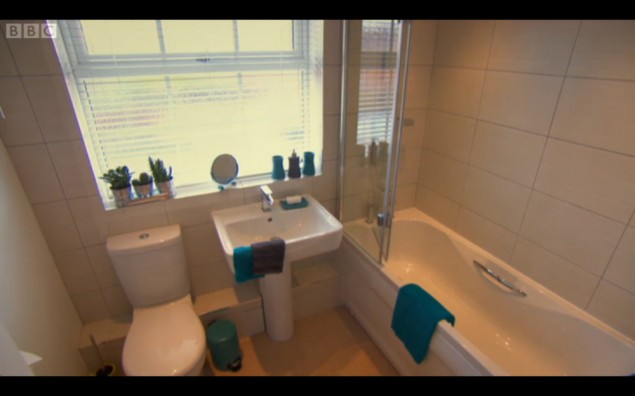 The first of the 3 bathrooms to be unveiled was the main family bathroom, featuring our Orbital Bi-fold Door. Julie was extremely pleased with the finish look, comparing it to a hotel style bathroom:

“It’s got a hotel sense of style about it.” Julie 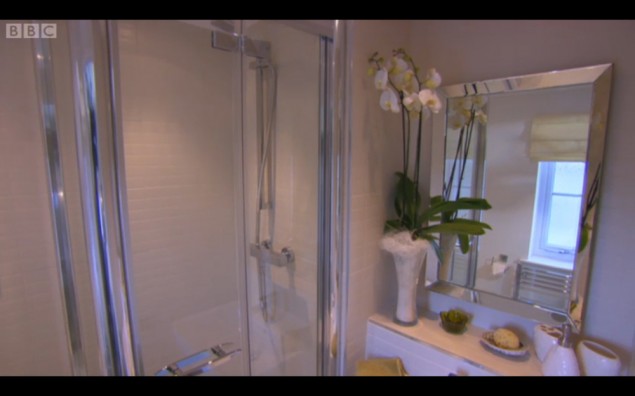 The next bathroom revealed was the en-suite off Julie’s own bedroom, which had previously just been a WC, which Julie referred to as her “Little Cupboard”. Likewise Julie was delighted with this room: 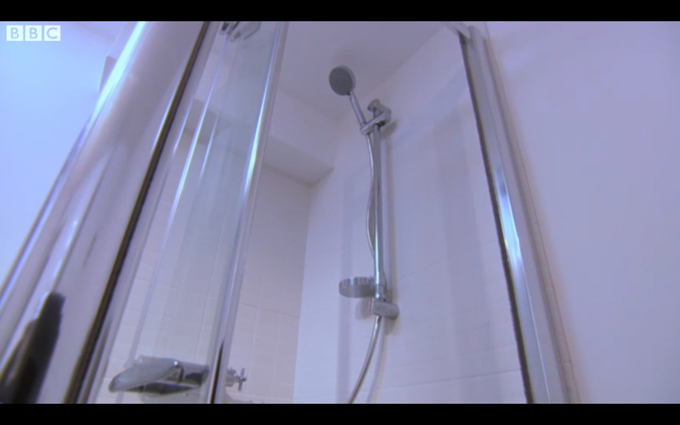 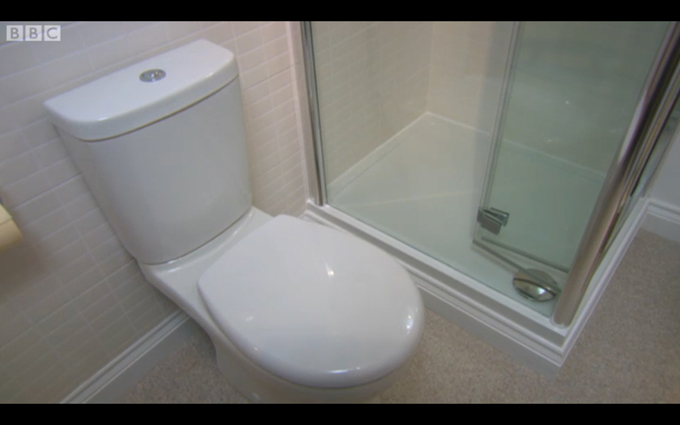 The downstairs shower-room was last to be unveiled, and as this was to be reserved for Julie’s sons; Adam, Christian and Peter, they were the first to see it and to give their reactions:

We must admit, we were very impressed with how fab all three bathrooms and the rest of the house looked. The DIY SOS team once again did a fantastic job! We were delighted to be able to be part of helping out such an inspirational family.