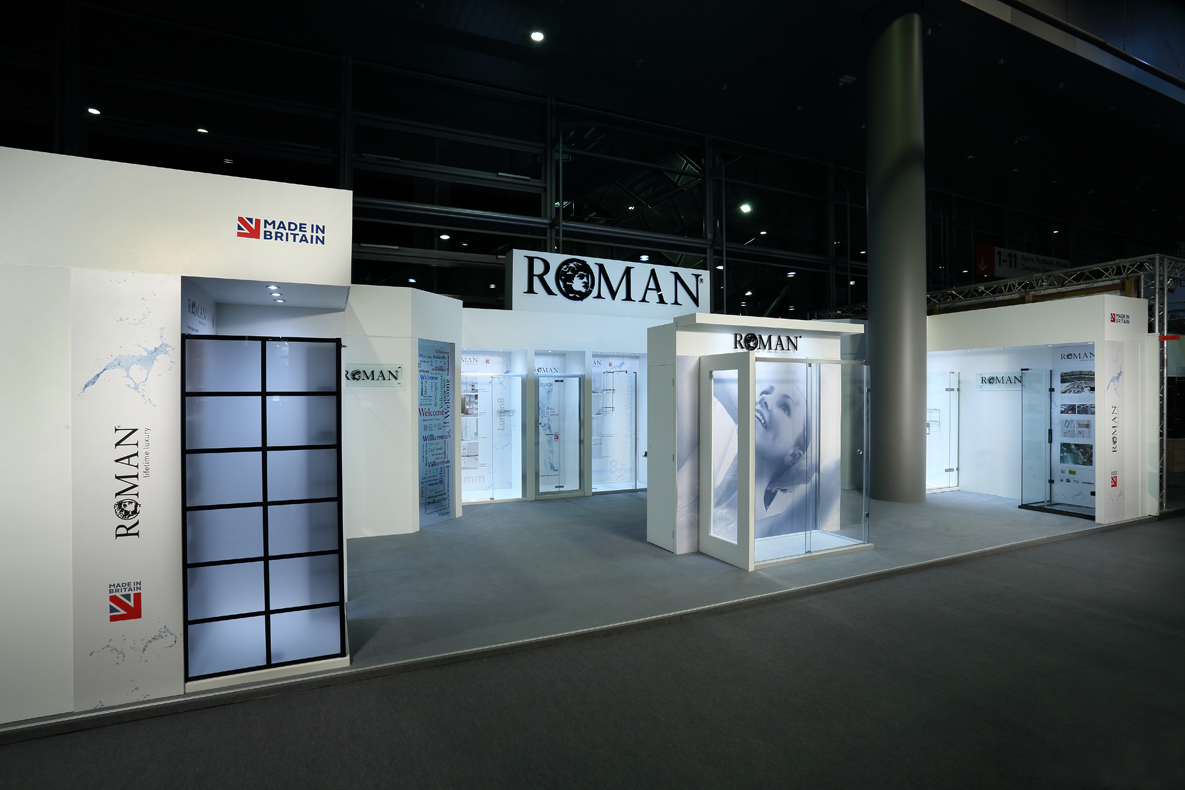 Roman exhibited at ISH Frankfurt 2017, which was from 14th – 18th March and is the world’s leading trade fair for the bathroom experience. This was our second time exhibiting at the show and it was a huge success with the highest footfall yet. 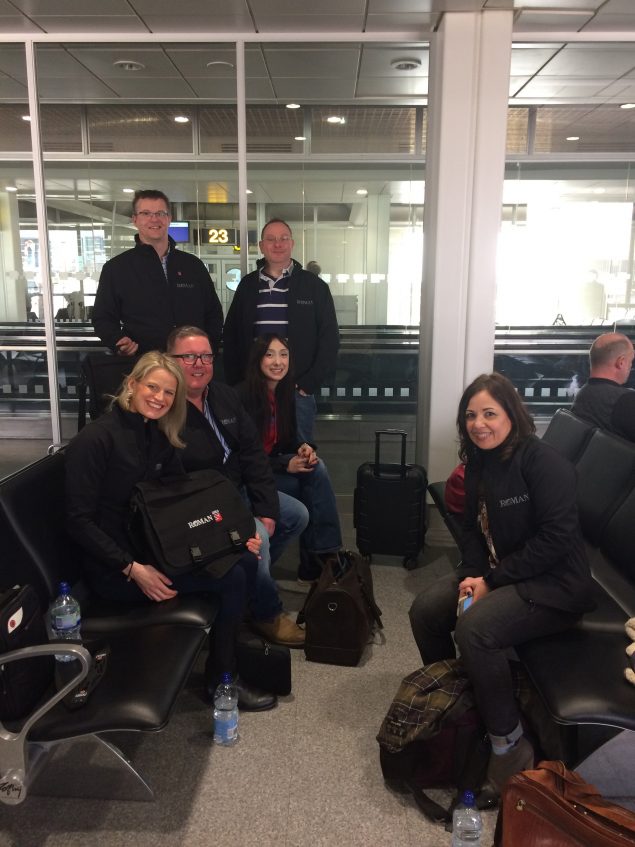 The Roman Team waiting to board the flight to Frankfurt

Our International Team speaking French, German, Spanish, Turkish and Italian between them attended the show, along with our Managing Director, Commercial Director and Sales Director. 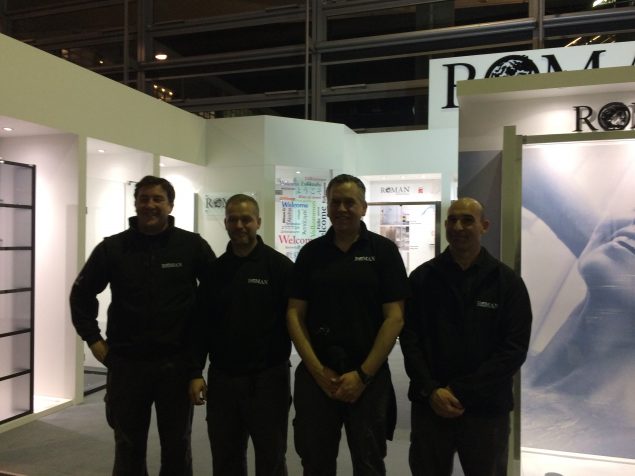 Our Installers built our stand and they made a fantastic job – there were 15 Enclosures on display along with solid surface fabrication walls; shower trays; and vanity units. 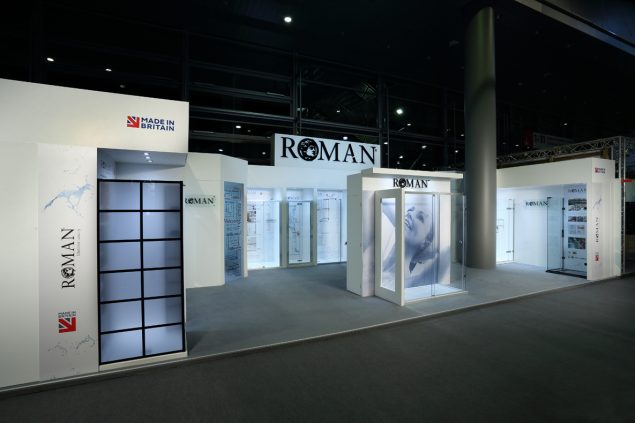 ISH Frankfurt is the leading international exhibition in our industry and is a key platform for meeting new and existing customers. Export is a key area for Roman, so being able to showcase our products and capabilities to so many different people from all over the World is extremely important to us. We already work with customer’s right across Europe, the Americas, Asia, Australasia and the Middle East – from bathroom retailers and wholesalers, to Interior Designers, Architects and international hotel groups. 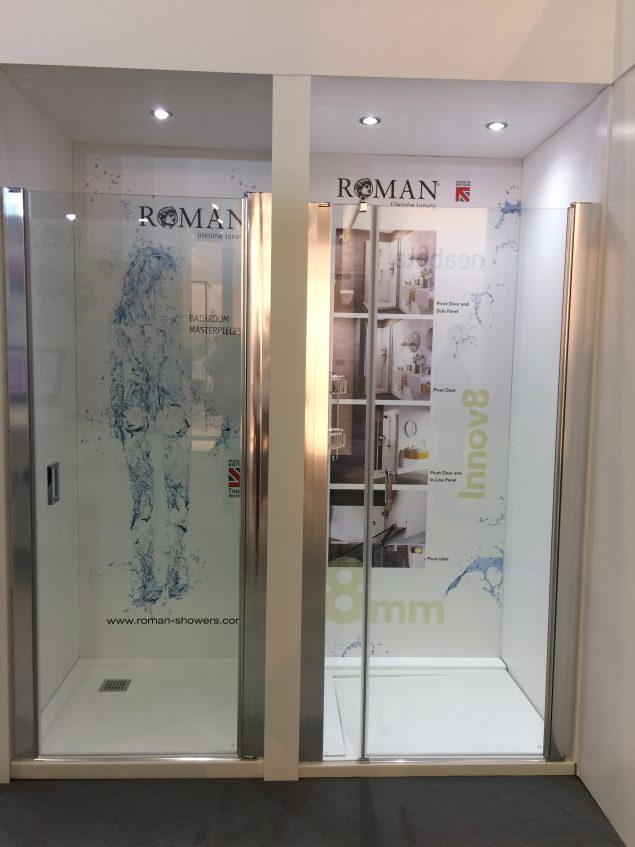 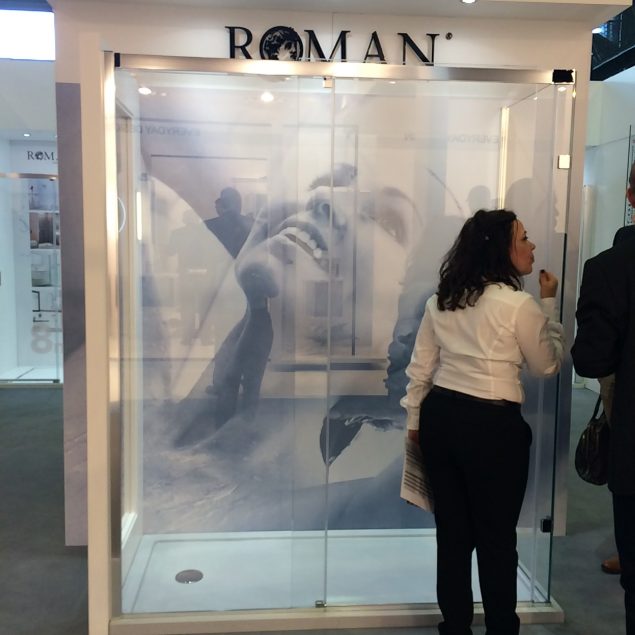 Our new Decem Slider with finger pull was on display along with other products from the 10mm thick and 2000mm high Decem Collection. 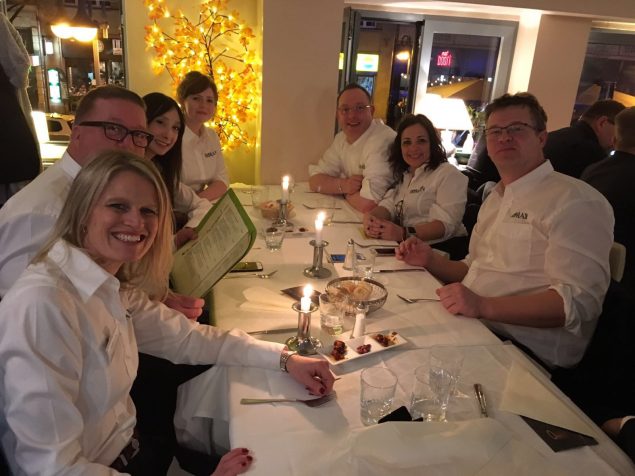 Roman Team relaxing after a busy day on the Stand 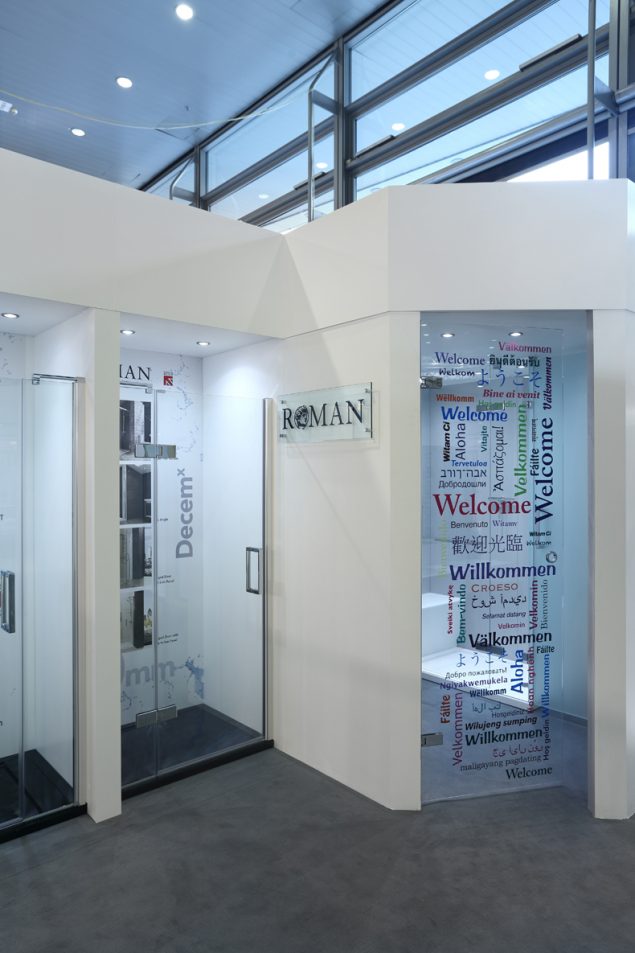 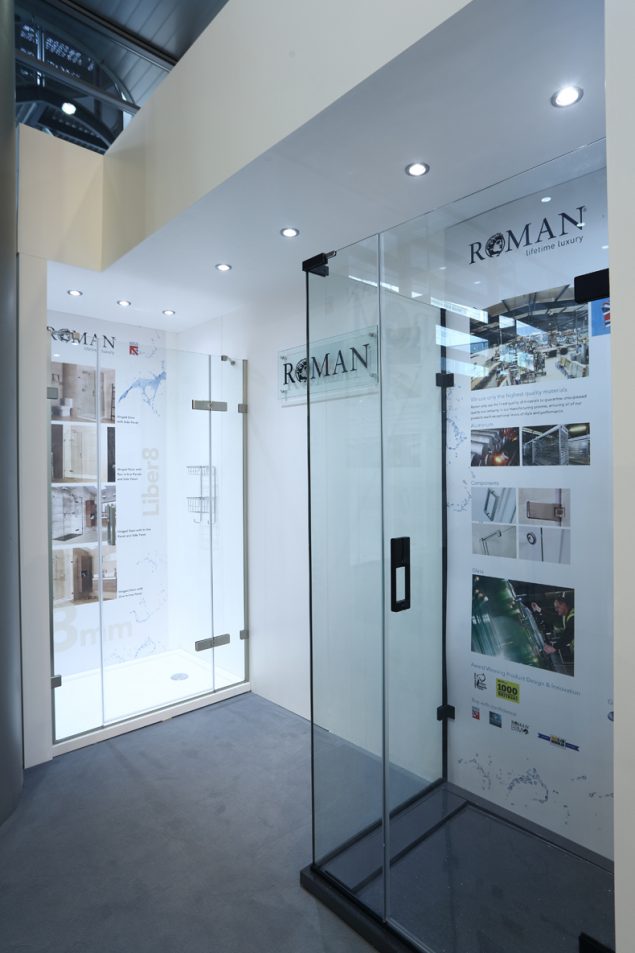 The Liber8 Range of 8mm frameless Hinged Doors was on display with all colour options, including matt black; brushed nickel; and bright silver chrome finishes. The striking minimalist look is captured with options such as door hinged straight from wall with clear seals. This collection can be tailored to suit the bathroom layout with an array of sizes and configurations available. 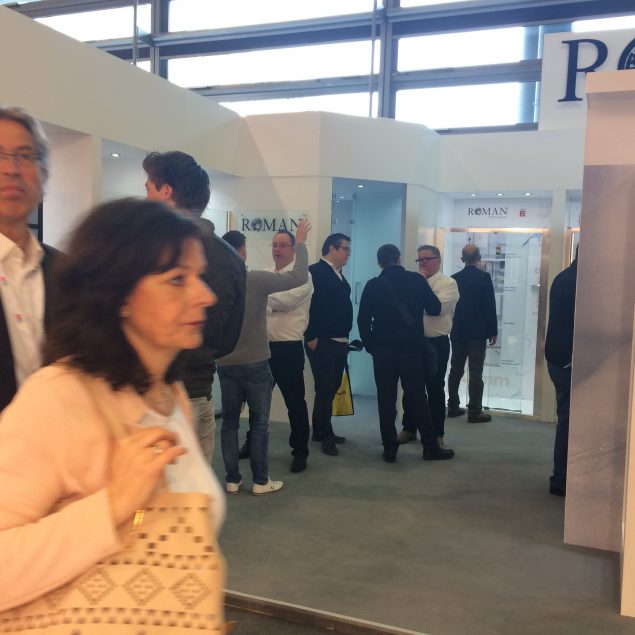 The show was a real success for us it was busy each day and we met and spoke to so many people from all over the world. There is definitely no other show like it! 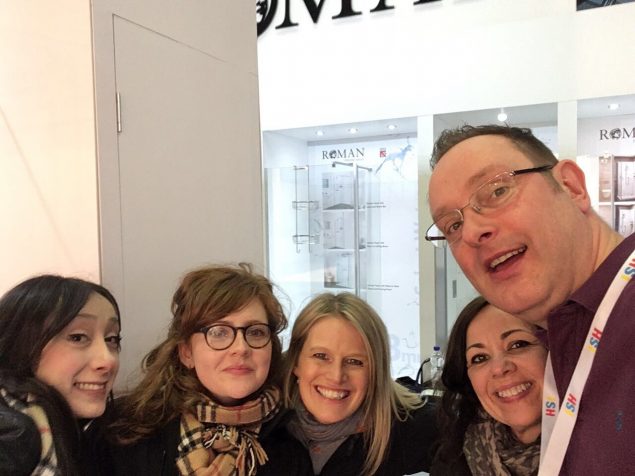 All finished! The last day of ISH Frankfurt, packing up and about to set of back to the North East…