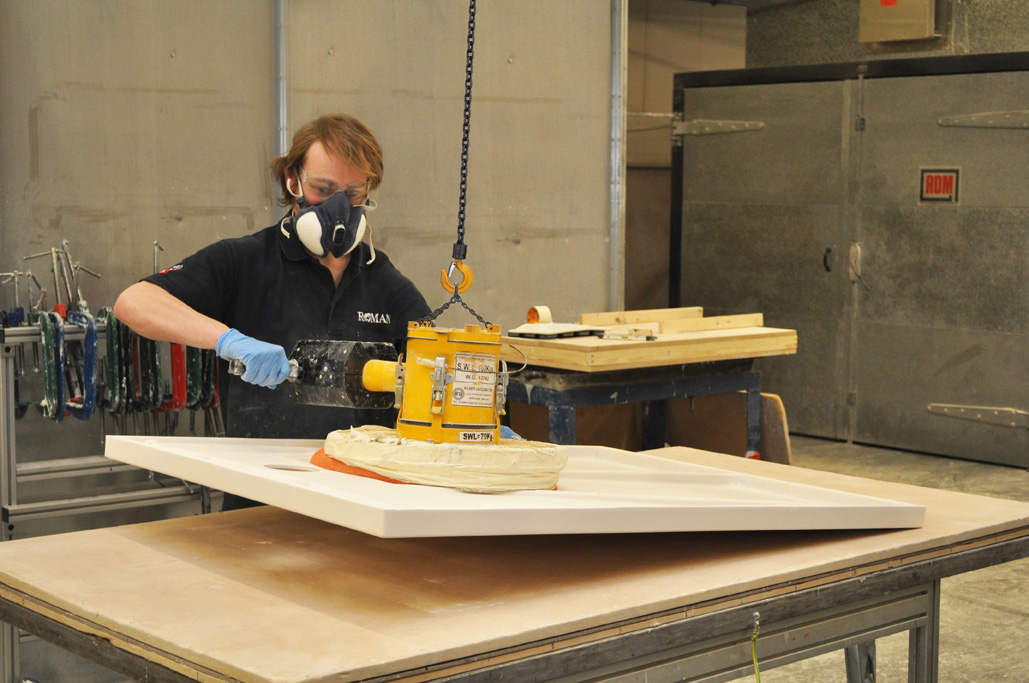 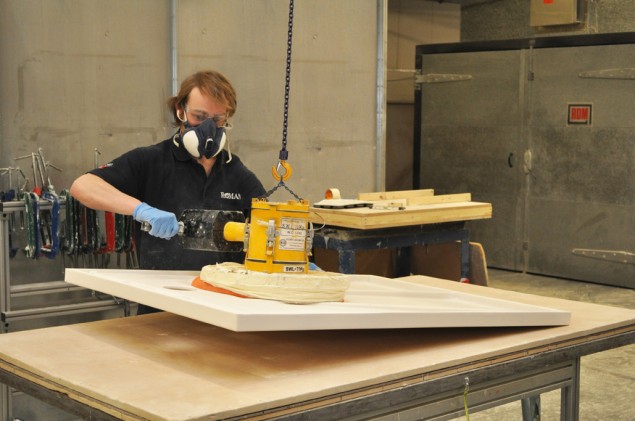 Market research has shown that many magnetic products already exist such as magnetic bracelets and jewellery; shoe insoles; mattresses; and blankets – but shower trays will definitely be a first on the market, which is what has spurred Roman on with the project.

Within each tray there are on average 50 small but powerful magnets distributed evenly across the Tray during the casting process. Testing showed that multiple magnets are preferable for effective coverage and magnetic therapy. These magnets are high strength and are capped and protected for durability.

Roman is attaching a warning at point of specification for these Shower Trays to inform people that the magnetic therapy shower trays are not suitable for people with pacemakers fitted. There was an amusing incident  when setting up the shower tray in Roman’s testing area, where one of the R&D Team, who has had a hip replacement, was pinned down to the tray for nearly 3 hours and eventually the Tray had to be smashed to release him. As is the nature of testing the magnetic strength has since been significantly toned down to avoid any reoccurrence and to ensure the magnetic therapy is available to a wider audience.

This Magnetic Therapy Shower Trays are manufactured at Roman’s headquarters in Newton Aycliffe, County Durham. They have invested in a new piece of equipment for these new trays, which is a magnetic boom, so the trays can easily be handled in their Tray Plant.

David Osborne, Managing Director of Roman, commented: “This new innovation may polarise opinion but we are confident they will prove attractive. We hope that demand will pull through strongly for this new project. Personally I am quite drawn to them and we have all enjoyed the obvious health benefits.”