Behind the Scenes at the BMA AGM

By Laura Reed
In Behind the Scenes, Water Wednesday
4 min read 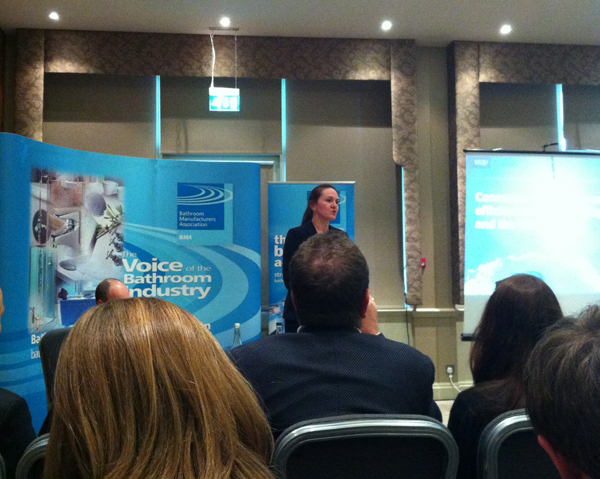 As a participating BMA (Bathroom Manufacturer’s Association) Member, and with our MD being Vice President, we took our annual trip down to the BMA’s AGM, which took place on the 3rd July. This year’s AGM had a bit of a twist as there was a press conference held after the meeting, with an important announcement about the Water Label. This announcement led to the biggest turn out yet for the AGM. 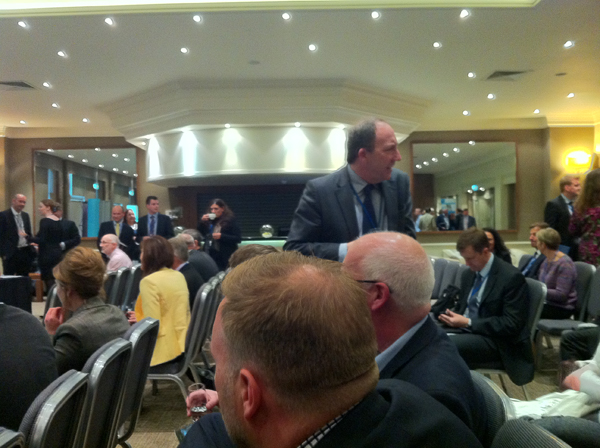 Full Turnout for the AGM 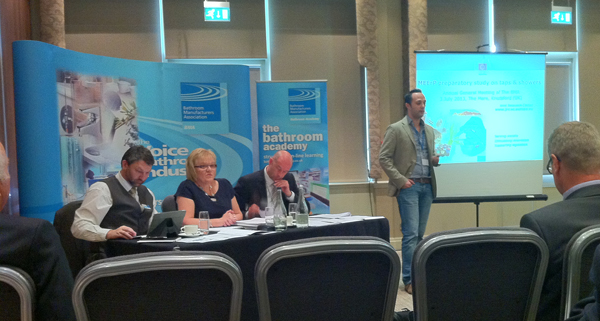 Presentation by Mauro Cordella from the European Commission

Following the regular formalities, the AGM received a presentation by Dr Noble Francis from Construction Products Association. The presentation focussed on how the construction market has developed, including forecasts going forward. There were some interesting findings from this report…

Following Dr Noble’s presentation a representative from WRAP (Waste and Resources Action Programme) talked us through some consumer research, around consumer’s attitudes to saving water and water efficient products. This led nicely onto the press conference, where it was announced that the Water Label  is going to be backed by the majority of UK Builder’s Merchants. 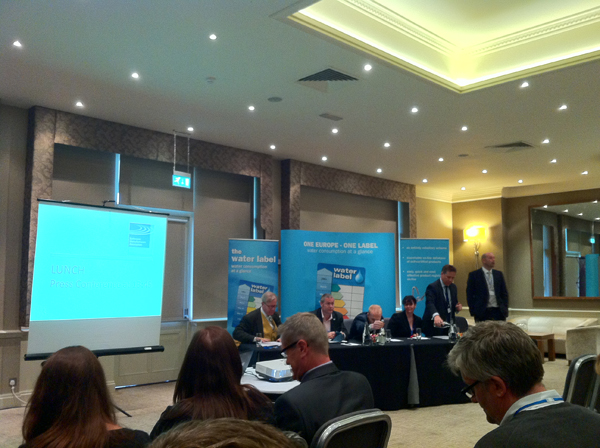 Assembling for the Press Conference

The Water Label began being developed in 2006 and the BMA have worked hard to roll out the labelling scheme across the UK and out into Europe. Over 2000 products have received the Water Label, which has been designed to echo the styling and ease of use associated with the Energy Efficiency Label, that we have all become so familiar with on our white goods. The backing from the Major UK Builder’s Merchants is an important step in the BMA’s campaign to raise awareness of the importance of water efficiency in the UK. 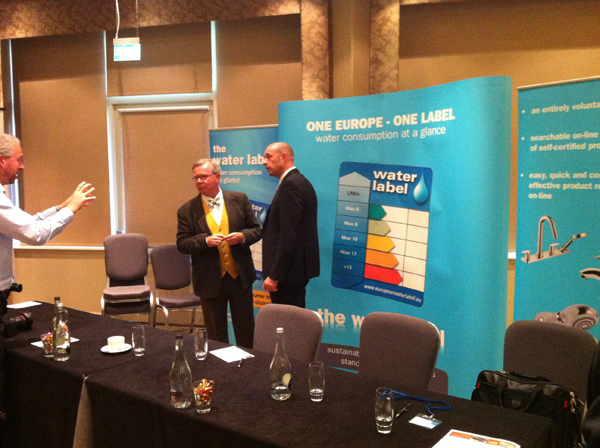 So why is being water efficient so important to the bathroom industry? Here are a few of the top stats we’ve picked out for you…